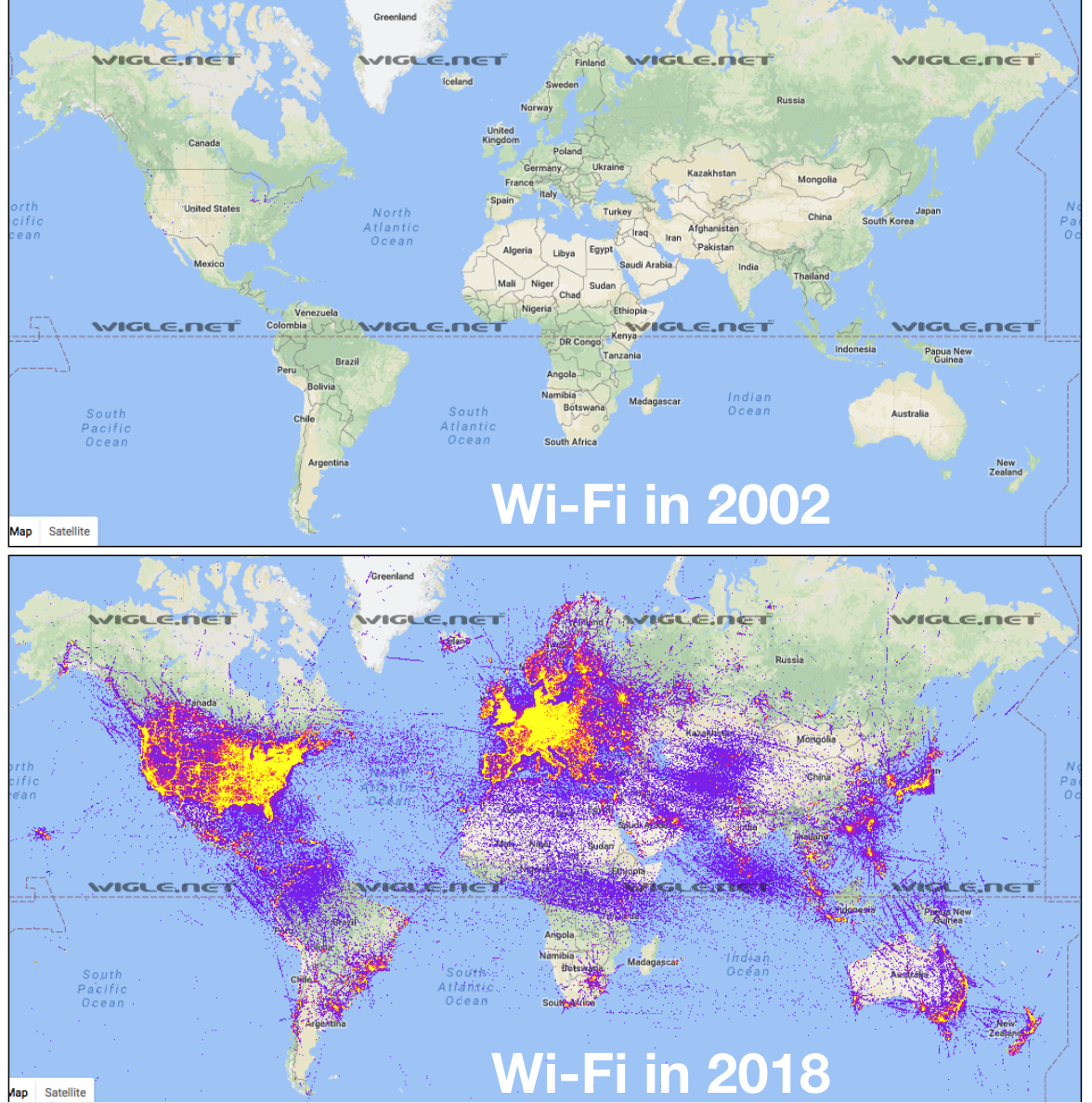 Electromagnetic spectrum is arranged according to frequency and this is expressed in Hertz (Hz) or cycles per second.The higher the frequencies the smaller the wavelength. Different parts of the spectrum are given different names and these have specific characteristics and hence different uses.

The part of the spectrum that we are most concerned about regarding EHS is the part enclosed within the orange box.

These frequencies are called “non-ionizing” since they don’t have enough energy to break chemical bonds. However, these frequencies are know to cause heating, electric shock and to generate oxidative stress within living organisms. Exposure guidelines are based on heating only in some countries and on a precautionary approach in others and hence range orders of magnitude. The precautionary guidelines are the most protective since biological effects occur well below the heating threshold. 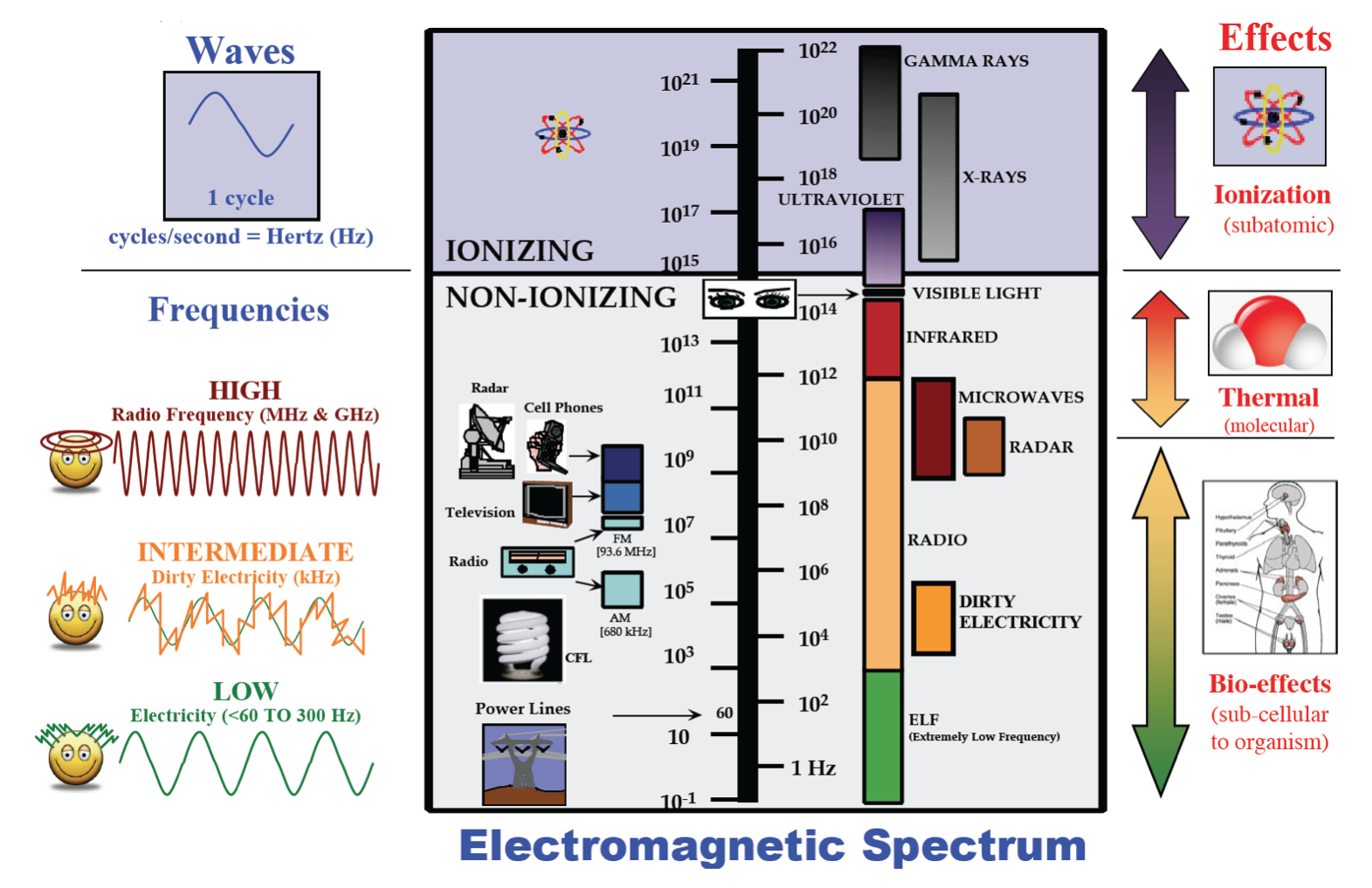