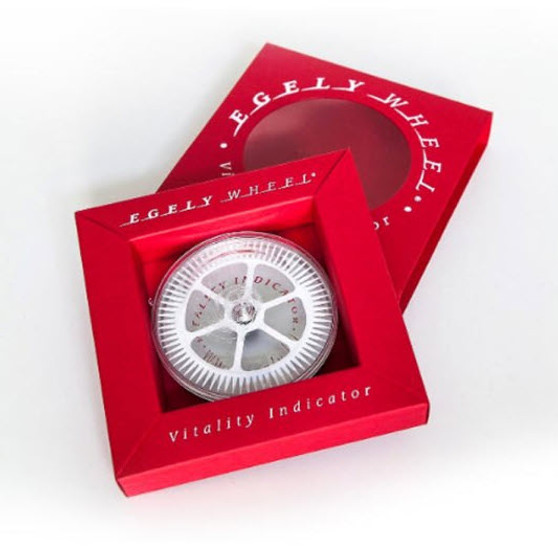 Vitality Indicator is a unique and one of a kind machine capable of measuring a persons life or bio energy and then giving the user the score of their life and life energy.

The Vitality Indicator is a unique device designed to measure a person’s bio or life energy, and has come to be regarded by many to be the most serious toy they could ever have.  This device is capable of being moved by only the user’s mind and will power, by being affected solely by each person’s life energy, or Ch’i (Qi) by the Chinese or ki by the Japanese peoples for centuries and has been fundamental in their understanding of medicinal practices.  While this energy has been known and used for centuries, it has been scrutinized in the west due to the Witch Hunts and other Church actions during the medieval times and more recently due to the disbelief of the unexplained and “paranormal” by the scientific revolution.   However, Dr. George Egley, Ph.D in the transmission of heat and energy, became fascinated with the ability of humans to influence objects.  He began engaging in serious of experiments designed to control for factors like wind, heat of hands, and other variables, showing that nearly 66% of the subjects tested where able to move the water at some level with merely their will.

The color of our Vitality Indicator is Gold!

What is Measured and What Does it Mean?

The Vitality Indicator measures each person’s natural life energy, readily known to many as the Chinese concept of Ch’i, and gives the information in what is called a vitality quotient.  This number is indicative of many factors, including but not limited to: health, intelligence, success, mood, diet, and mental inclination, as it has been noted that those who score higher on this score are: healthy (as those who are sick are barely able to move the wheel), intelligent, successful, happy, extroverted, and optimistic.    However, while testing one’s self, scoring below what is desired is not a predetermined or immutable occurrence, as the vitality score can be increased by:

Place one hand on the Vitality Indicator as seen in the picture.  Attempt to surround the device as much as possible with the fingers and palm.  The device can be touched, but be careful to ensure that the wheel is not be touched.  Then concentrate on moving the wheel while relaxing the mind.

It is not recommended to use this device for more then 10-15 minutes a one time, but instead to try it several times for shorter periods.  The reason for this recommendation is that using the Vitality Indicator for an extended time a very taxing activity on a person’s energy. Furthermore the highest vitality levels will be found on days of high relaxation and low stress, such as on a beautiful weekend day after a good day’s relaxation.

The first step of understanding your vitality level is by observing the maximum revolutions produced separately by our left and right hands.  While there is no way to know the exact number of revolutions, with these device you do not need to count (as it may influence and stop the wheel from rotating) and it is appropriate to just denote if it is slow, average, or fast in its number of revolutions. It is not uncommon to have each hand rotate the wheel at very different rates.  Also, if feeling confident or in subsequent tests it is possible to manipulate the wheels speed by trying with will to slow or accelerate the wheel’s rotation.

Second level: Manipulating the amount of energy in two wheels.

The next step to testing is to work on rotating a wheel with each hand simultaneously.  While doing this, usually it happens that both wheels will spin at a slower rate than when they were tested separately.  However, after practicing for a few days, the revolution should have the same speed as the wheels had when we were tested separately.

For the vast majority of people, being able to achieve the second level is enough to potentially indicate the person will have a healthier and more successful life.  Also, at this stage, it is possible to potentially influence another person’s vitality level.  This can be easily evidenced by having another person test their vitality level, then going near them and noting the increase in their reading, as it is very rare that it would be decreased by your presence.  This ability is potentially useful in any aspect of life that involves interaction with other people, as it may potentially help bring about the result that you want.   To improve the rate at which the wheel is spinning, and therefore your life’s vitality, can possible be improved through a variety of action including but not limited to relaxing yoga practices (link) or mental imagining recent pleasant or unpleasant experiences.  The amazing thing about the power of these actions can be evidenced in mere minutes of implementing them, because it is believed that nearly 20-30% of our vitality level is dictated by our current mental state.

Third level: Manipulating the direction of one wheel.

It is possible to change the direction of the wheel’s rotation with only one hand.  In 99% of cases, the wheel rotates from the palm towards the fingers, and only rarely does it rotate backwards towards the palm.  However, it can be potentially reversed simply with the mind’s willpower.

The highest indicator of a strong vitality level is denoted by the ability to influence and change the directions of two wheels.  The ability to do this is very rare, almost the level of nonexistence, and the creator of this device has only met two people able to do this in his entire life, (a Chinese martial arts teacher in Hong-Kong and a professional healer in the Philippines).

What is the difference between the Egely Wheel and the Vitality Indicator?

The difference in these two devices comes in their design, as while both of these devices will give the user an indicator of their vitality levels, the do so in very different ways.  The Egely Wheel will give the user a definite value for the numbers of rotations of the wheel from the electronics that are attached to the wheel.  On the other hand, it is possible to count the number of wheel rotations of Vitality Indicator, but it is not recommend that the user does this.  As doing this takes a different state of mind from the one recommended while using this device and it will decrease the vitality level. This also occurs when trying to do math or puzzles while measuring vitality, as there will be a noticeable decrease in performance and even potentially a halt in the rotation of the wheel.

It is suggested that the Vitality Indicator is used instead to test the “thickness” of the user’s aura, or at how far a distance will the wheel still rotate. This is best done by starting the test as instructed and then gradually moving the hand back slowly to the point at which it stops entirely.

It is a tool to help you make decisions on what is most advantageous to you. What "Izit" It is a …